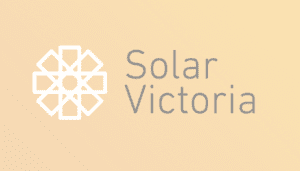 C4NET was engaged by Solar Victoria to conduct data analysis that informs the impact of the program.

A randomised sample of Solar Homes rebate recipients were selected, and a detailed analysis of their electricity use conducted. Since it’s launch, the Solar Homes Program has supported more than 130,000 homes install a combined 785MW of solar PV, and over 10 years targets the installation of solar panels, solar hot water or batteries on 770,000 homes across the Victoria.

Any program of such a scale has a massive impact on all electricity consumers, the environment and the network infrastructure.

C4NET, generously supported by its founding core participant, AusNet Services, extracted real operational data from Victoria’s smart meter network for a year prior to solar being installed, and a year after. This demonstrated the value of having high granularity metered data to inform some of the complex issues faced by the industry as it moves through its transition.

The analysis identified that the homes assessed:

Solar Victoria – Victorians getting more bang for their solar buck

Thank you for registering for C4NET’s Electric Vehicle Data Warehouse. By continuing to browse and use this website, you are agreeing to comply with and be bound by the following terms of usage, which together with our privacy policy govern C4NET’s relationship with you in relation to this website. If you disagree with any part of these terms, please do not use our website. The term ‘C4NET’ or ‘us’ or ‘we’ refers to the owner of the website whose registered office is in Melbourne, Australia. Our company registration number is 56 626 202 480. The term ‘you’ refers to the user or viewer of our website.